After a bill is passed in either chamber, it then goes on to the other chamber for consideration. If the measure is considered for passage and debated further in the second chamber, the bill may either pass without any changes (75% of all enacted legislation) or it may pass with differences in the text from the enrolled bill.

When there are differences in both versions of legislation, the last chamber to consider the bill will send it back to the first chamber for further consideration or a conference committee will be established to work out the differences in both bills. Once a compromise is reached, the conference committee sends the new common version of legislation to each chamber for final approval. At the same time, it also issues a conference report that explains the text of the agreed-upon language. This explanatory statement is considered a valuable source in legislative history.

The conference report is usually printed as a House Report (and occasionally as a Senate Report) and also published in the Congressional Record, House and Senate Journals, and the U.S. Serial Set. In addition, a por-tion of the conference report, called the Joint Explanation of the Conferees‖ is printed in USCCAN. 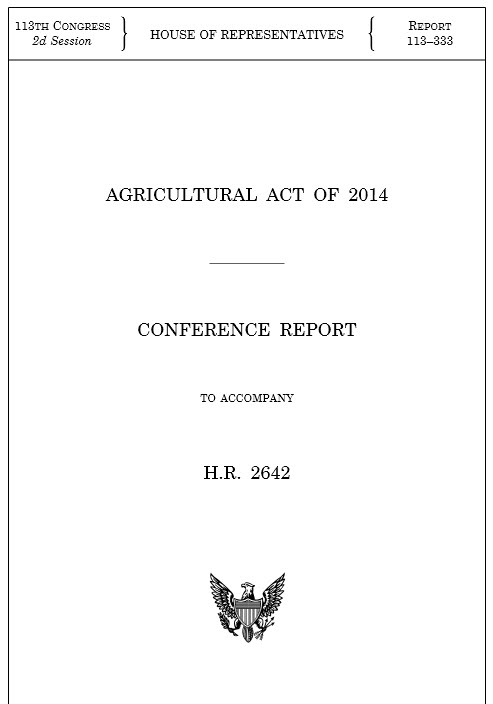