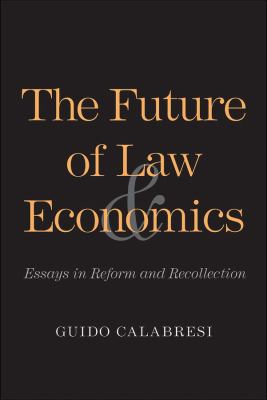 The Future of Law and Economics

In a concise, compelling argument, one of the founders and most influential advocates of the law and economics movement divides the subject into two separate areas, which he identifies with Jeremy Bentham and John Stuart Mill. The first, Benthamite, strain, "economic analysis of law," examines the legal system in the light of economic theory and shows how economics might render law more effective. The second strain, law and economics, gives equal status to law, and explores how the more realistic, less theoretical discipline of law can lead to improvements in economic theory. It is the latter approach that Judge Calabresi advocates, in a series of eloquent, thoughtful essays that will appeal to students and scholars alike. 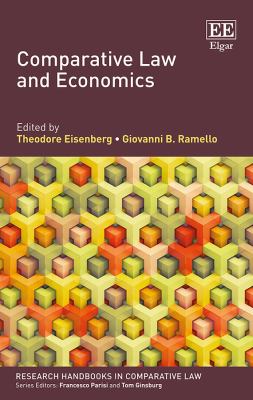 Contemporary law and economics has greatly expanded its scope of inquiry as well as its sphere of influence. By focusing specifically on a comparative approach, this Handbook offers new insights for developing current law and economics research. It also provides stimuli for further research, exploring the idea that the comparative method offers a valuable way to enrich law and economics scholarship. With contributions from leading scholars from around the world, the Handbook sets the context by examining the past, present and future of comparative law and economics before addressing this approach to specific issues within the fields of intellectual property, competition, contracts, torts, judicial behaviour, tax, property law, energy markets, regulation and environmental agreements. This topical Handbook will be of great interest and value to scholars and postgraduate students of law and economics, looking for new directions in their research. It will also be a useful reference to policymakers and those working at an institutional level. Lucid, comprehensive, and definitive in its field, this text covers every aspect of economic analysis of the law. Features: Two new chapters, one on intellectual property, one on international and comparative law, both exploding fields of great importance. Earlier editions' questions have been converted to answers, making the book more accessible and informative. Revised to be clearer and less technical. More eclectic, reflecting recent criticisms of "rational choice" theory, in particular the need to supplement it with insights from psychology. Greater attention paid to judicial behavior, realistically modeled and explained in economic terms. Incorporates insights from the veritable explosion of books and articles published in the last few years on economic analysis of law. Comprehensive Teacher's Manual. 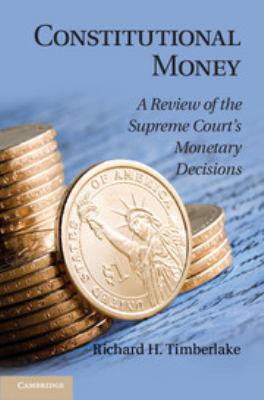 This book reviews nine Supreme Court cases and decisions that dealt with monetary laws and gives a summary history of monetary events and policies as they were affected by the Court's decisions. Several cases and decisions had notable consequences on the monetary history of the United States, some of which were blatant misjudgments stimulated by political pressures. The cases included in this book begin with McCulloch v. Maryland in 1819 and end with the Gold Clause Cases in 1934-35. Constitutional Money examines three institutions that were prominent in these decisions: the Supreme Court, the gold standard, and the Federal Reserve System. The final chapter describes the adjustments necessary to return to a gold standard and briefly examines the constitutional alternatives. 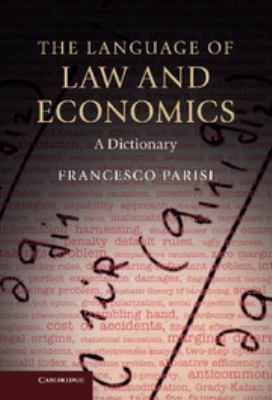 The Language of Law and Economics

From a historical perspective, 'law and economics' was one of the most influential developments in legal scholarship in the twentieth century; it remains today one of the dominant perspectives on the law, generating a tremendous quantity of new research and discussion. Unfortunately, the rewards of applying the analytical methods of one highly technical field to the historically layered substance of another has resulted in considerable overhead, requiring fluency in both the language of economics and the language of the law. Further complicating matters, law and economics has sometimes developed independently, creating new terms, while recasting others from their original economic or legal meanings. In this dictionary of law and economics, Francesco Parisi provides a comprehensive and concise guide to the language and key concepts underlying this fecund interdisciplinary tradition. The first reference work of its kind, it will prove to be an invaluable resource for professionals, students and scholars. 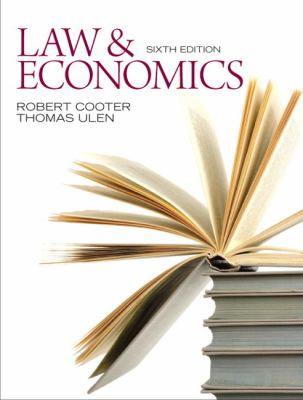 With the Fifth Edition of their best-selling text, Cooter and Ulen provide a clear introduction to economic analysis and its application to legal rules and institutions.

This guide provides expert coverage of the classic issues, including basic price theory; definitions of efficiency; the Coase Theorem; and the economics of contract law, tort law, criminal law, regulation, antitrust, and intellectual property. The text also discusses less conventional topics such as public choice, what it means to be a rational maximizer of self-interest, the assumptions underlying economic analysis as applied to law, limitations on the application of economic theory to law, the theory of second best, the prisoner s dilemma, the economics of marriage, the economics of inheritance, evolutionary theories of law, the economics of settlement, and the implications of recent research into happiness.