The Congressional Record is a substantially verbatim account of remarks made during the proceedings of the House and Senate.     After a bill is reported out of committee, it is brought before the House or Senate chambers for consideration and discussion. During the debates, members argue for and against the proposed legislation, offer additional amendments to the bill, and discuss specific provisions. 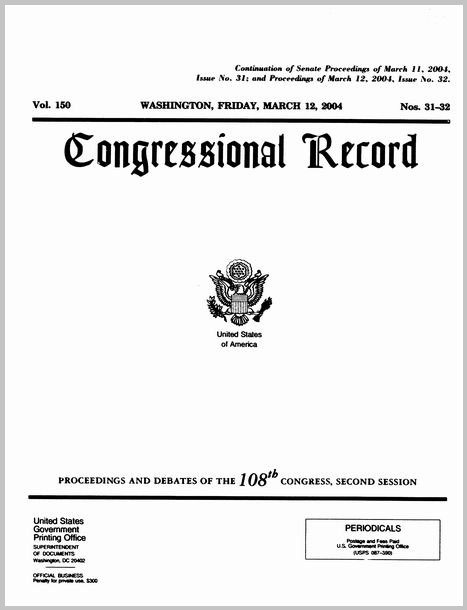