This guide is intended to assist researchers in locating primary and secondary sources of law from Japan. 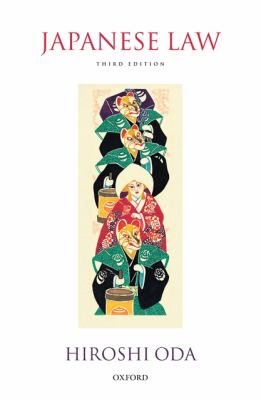 This book presents the only English language, up-to-date, and comprehensive reference to Japanese law. It covers the basis of the Japanese legal system, the civil code, business related laws and other laws including criminal law and procedure, and foreign relations law. This breadth of coverage makes the book an essential reference work for all who have an interest in Japanese law. 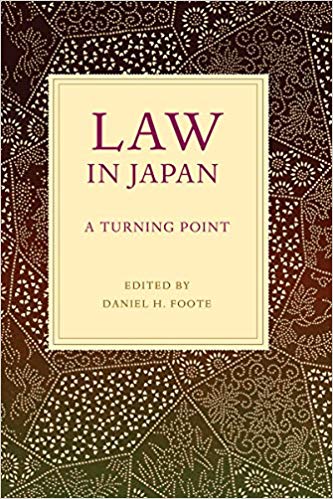 Law in Japan: a turning point

This book explores major developments in Japanese law over the latter half of the twentieth century and looks ahead to the future. Topics addressed include the legal system (with chapters on legal history, the legal profession, the judiciary, the legislative and political process, and legal education); the individual and the state (with chapters on constitutional law, administrative law, criminal justice, environmental law, and health law); and the economy (with chapters on corporate law, contracts, labor and employment law, antimonopoly law, intellectual property, taxation, and insolvency). 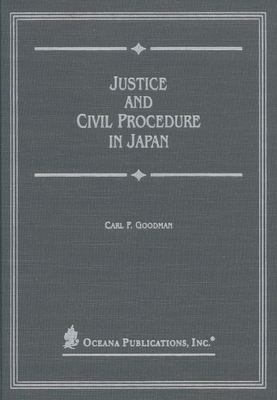 Justice and civil procedure in Japan

Obtaining justice through Japan's civil justice system requires a nuanced understanding of Japanese legal culture, particularly the fundamental differences between the notion of individual rights that underlies American law and the adversarial system, and the deeply ingrained sense of 'group rights' and conciliation that is becoming more a part of the way law in Japan is actually practiced.

Also offers a checklist of differing societal and cultural approaches of the American and Japanese systems that have major impact on current legal practices, as well as in-depth analysis of: the philosophical bent of the supreme court; how the judicial system has responded to the demands of the urban population; how new reforms in lawyer training are expected to improve the civil justice system ; and contemporary avenues and uses of alternative dispute resolution. Comparative law : law and the legal process in Japan

This text is a comprehensive analysis of Japanese law and legal process that traces the question of the role of law through various areas including constitutional law, contracts, criminal law, corporate law, human rights, administrative law, civil litigation, antitrust, and labor law. 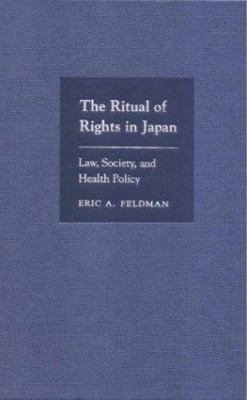 The ritual of rights in Japan: law, society, and health policy

The Ritual of Rights in Japan challenges the conventional wisdom that the assertion of rights is fundamentally incompatible with Japanese legal, political and social norms. It discusses the creation of a Japanese translation of the word 'rights', Kenri; examines the historical record for words and concepts similar to 'rights'; and highlights the move towards recognising patients' rights in the 1960s and 1970s.

Two policy studies are central to the book. One concentrates on Japan's 1989 AIDS Prevention Act, and the other examines the protracted controversy over whether brain death should become a legal definition of death. 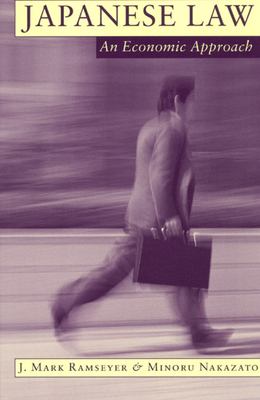 In this introduction to Japanese law, J. Mark Ramseyer and Minoru Nakazato combine an economic approach with a clear account of the law itself to challenge commonly held ideas about the law; arguing against such things as the assumption that Japanese law differs from law in the United States and the idea that law plays only a trivial role in Japan. 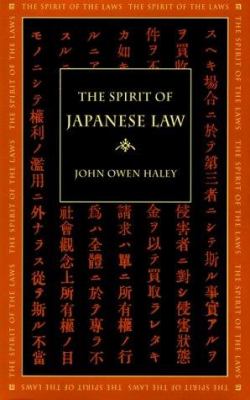 The Spirit of Japanese Law

An examination of Japanese law in the century following the Meiji Constitution, Japan's initial reception of continental European law. The text argues that the bedrock of contemporary Japanese law is its communitarian orientation, which reflects the country's enduring sense of community. 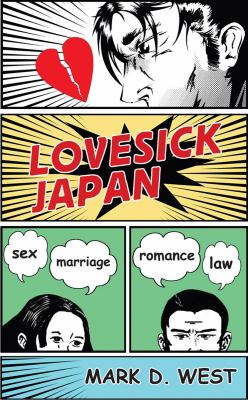 In Lovesick Japan, Mark D. West explores an official vision of love, sex, and marriage in contemporary Japan. In compelling, poignant, and sometimes horrifying court cases, West finds that Japanese judges frequently opine on whether a person is in love, what other emotions a person is feeling, and whether those emotions are appropriate for the situation. Sometimes judges' views about love, sex, and marriage emerge from their presentation of the facts of cases. 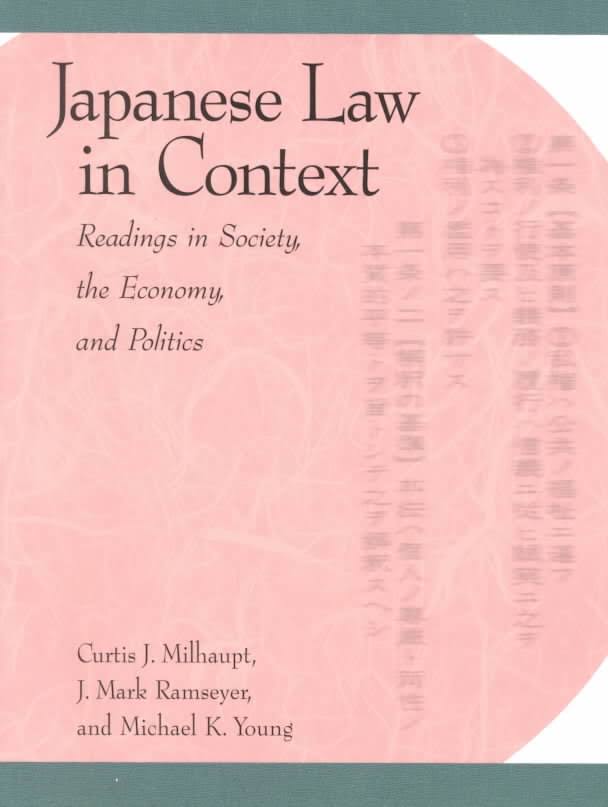 Japanese law in context : readings in society, the economy, and politics

Available in the Strozier Library Subbasement. 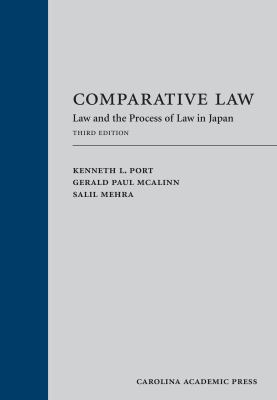 Comparative law: law and the process of law in Japan

Relying on translated cases, statutes, and the Constitution, Comparative Law puts Japanese law in legal, historical, and cultural context with a comprehensive analysis of Japanese law and legal process that traces the question of the role of law through various areas, including constitutional law, criminal law, civil litigation, antitrust, and intellectual property law. 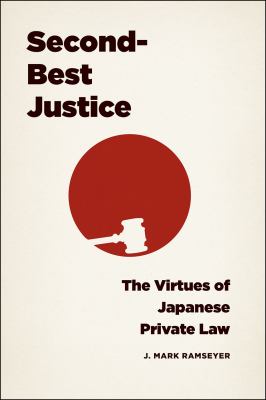 It's long been known that Japanese file fewer lawsuits per capita than Americans do. Using evidence from tort claims across many domains, Ramseyer argues that Japan's court system is designed not to find perfect justice, but to "make do"--to adopt strategies that are mostly right and that thereby resolve disputes quickly and economically. 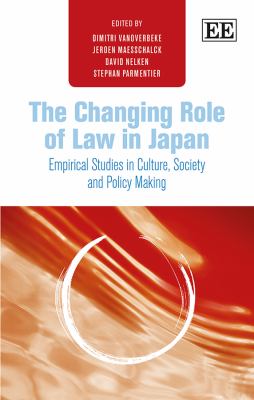 The changing role of law in Japan : empirical studies in culture, society and policy making

The Changing Role of Law in Japan offers a comparative perspective on the changing role of law in East Asia, discussing issues such as society, cultural values, access to the legal system and judicial reform. This book places Japan in the wider context, juxtaposed with Europe, rather than the US. It also addresses many current issues that illustrate important changes in Japanese society and its political and legal systems. 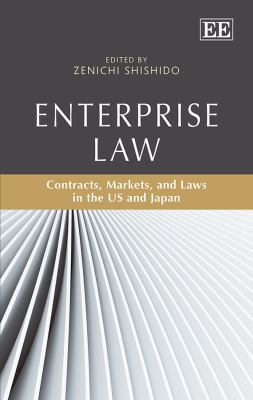 Enterprise law: contracts, markets, and laws in the US and Japan

Enterprise law represents the entire range of private contracts and public regulations governing the relationship of different capital providers. This text comparatively analyses the way these fundamental legal frameworks complement each other in the United States and Japan. 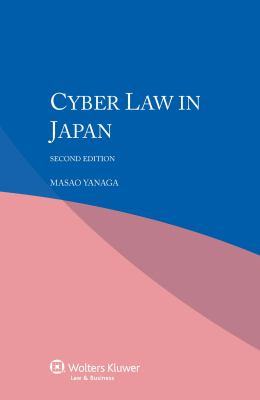 Available through ILL. Newer edition may be available.

Derived from the renowned multi-volume International Encyclopaedia of Laws, this guide to cyber law the law affecting information and communication technology in Japan covers every aspect of the subject, including intellectual property rights in the ICT sector, relevant competition rules, drafting and negotiating ICT-related contracts, electronic transactions, privacy issues, and computer crime. An annotated bibliography of works on Japanese law, in western languages (including English, German, French and Italian), including a guide to finding Japanese law on the Internet. Aimed primarily at researchers, teachers and students of Japanese law; practicing lawyers and other professional advisers; and librarians maintaining or building up a collection or selection of Japanese law resources. 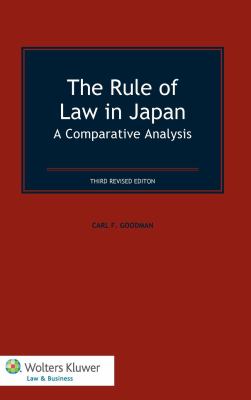 The rule of law in Japan : a comparative analysis

The Rule of Law in Japan: A Comparative Analysis systematically compares US and Japanese law across all major fields of legal practice taking into account their different civil/common law approaches and the unique history of modern Japanese law. 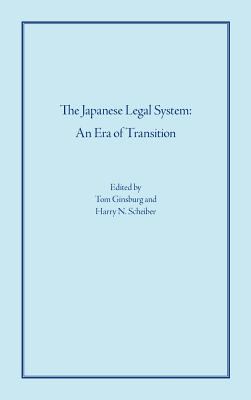 The Japanese legal system: an era of transition

Japan's legal system has entered its second decade since the adoption of the Justice System Reform Council Report in 2001, and its third decade of what have been called the Heisei reforms, after the current Imperial reign. The most dramatic changes - those to legal education, to civil procedure, and to the criminal trial process with the introduction of the jury system - have now had several years to operate.

Yet it is becoming clear that in numerous other areas of law there have been substantive changes, and that these may have significant consequences for Japanese society in the decades ahead. This text seeks to provide a snapshot of many of these areas of legal change, and to explore how innovations are operating in practice. 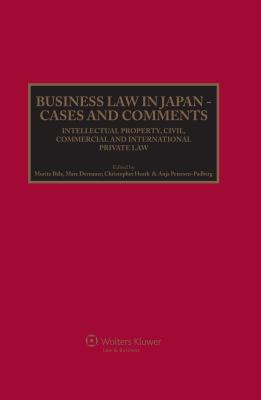 This book compiles 72 of the most important commercially relevant Japanese court decisions in the fields of civil law, labour law, company law, financial transactions, intellectual property, antitrust, conflict of laws, and arbitration. Each decision is presented in English translation and is accompanied by an explanatory commentary by an expert in the field, be it from academia or private practice. The cases encompass a wide reach of causes of action in fields such as: breach of contract; tort liability; product liability; unjust enrichment; collective bargaining; shareholders' rights; directors' duty of care; political donations; insider trading; patent infringement; parallel imports; trade mark rights; unfair competition; publicity rights; price fixing; arbitration agreements; and recognition of foreign judgments. 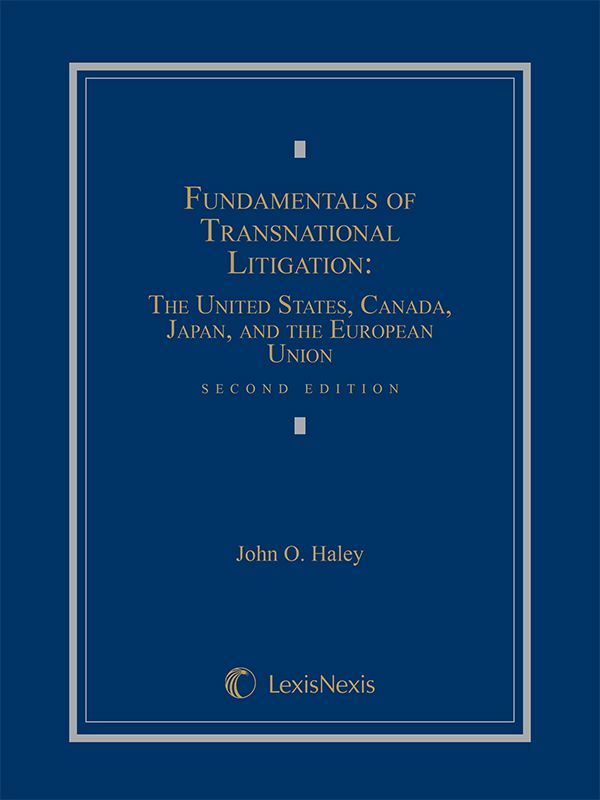 Fundamentals of transnational litigation: the United States, Canada, Japan, and the European Union

Fundamentals of Transnational Litigation: The United States, Canada, Japan, and The European Union, Second Edition is designed to provide students from diverse legal systems with global perspectives on fundamental issues and problems that arise in transnational litigation.

The Japanese cases and materials are intended to introduce the relevant rules and practices related to transnational litigation in a highly developed and relatively typical civil law jurisdiction. Transcending law : the unintended life of Article 9 of the Japanese Constitution

Article 9 of the Japanese Constitution has engendered scholarship in Japanese and English as well as in other languages. It turns out that there are two versions of Article 9: the English version that purports to prevent Japan from rearming and insists on Japanese pacifism, and the Japanese version that is less absolute and imprecise. Japan has the fourth largest military in the world by dollars spent. This is called the "great contradiction." Port argues that there are simply two versions of Article 9. Many parties, entities, and even individuals have joined this debate to give their interpretation, and there are at least two diametrically opposed interpretations. Port explains multiple viewpoints of this complicated topic. 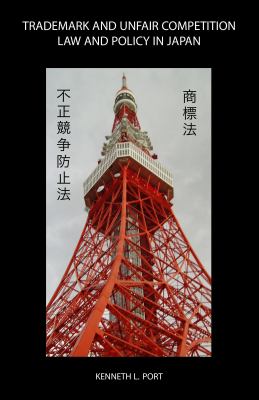 Trademark and unfair competition law and policy in Japan

Trademark and Unfair Competition Law and Policy in Japan describes both the nature and process of protecting appellations of source in Japan and provides normative commentary on this protection. The text mostly focuses on the Japanese judiciary's interpretation of two statutes - the Trademark Law and the Unfair Competition Prevention Act. 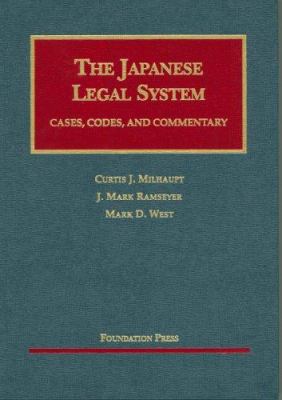 Available through ILL. Newer edition may be available.

This casebook on Japanese Law has been specially designed for ease of use and theoretical versatility. Heavily-edited cases, statutes, and articles canvass a wide range of intriguing problems and theoretical perspectives. The book covers a diverse range of substantive areas of law, from torts, criminal law, and contracts to employment and corporate law. 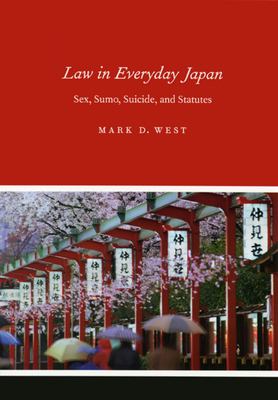