The Village Green at FSU Law: The Damon House 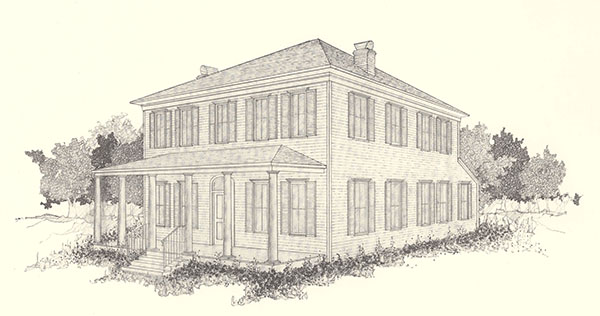 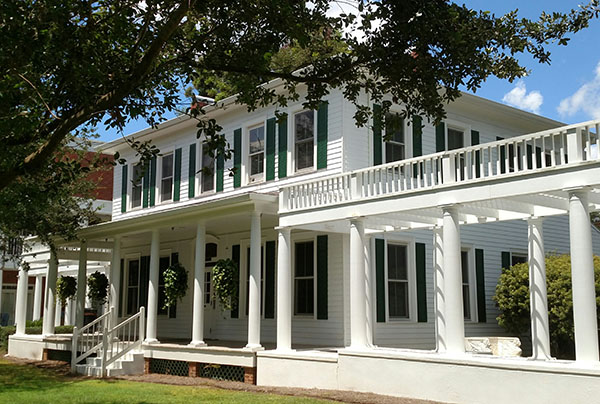 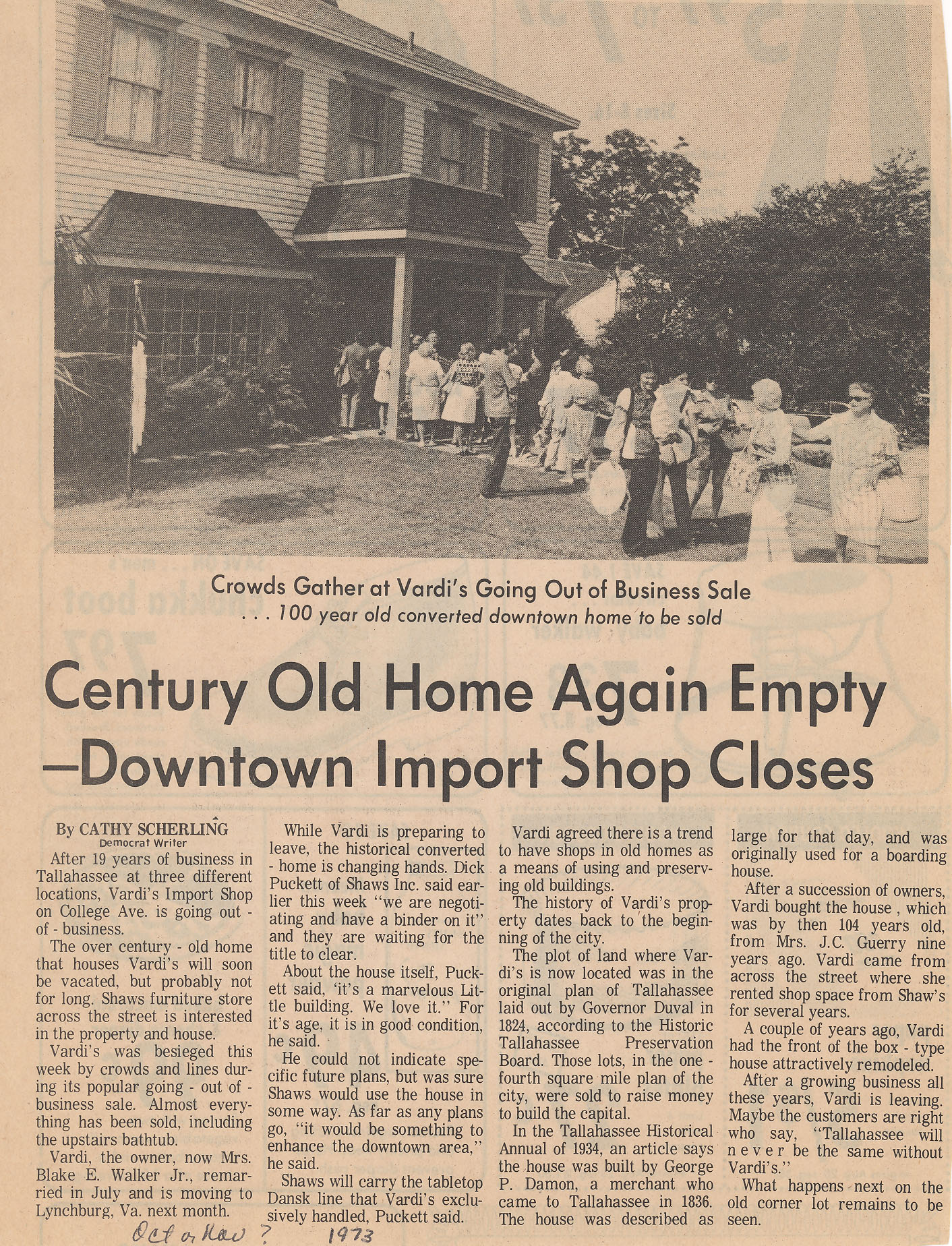 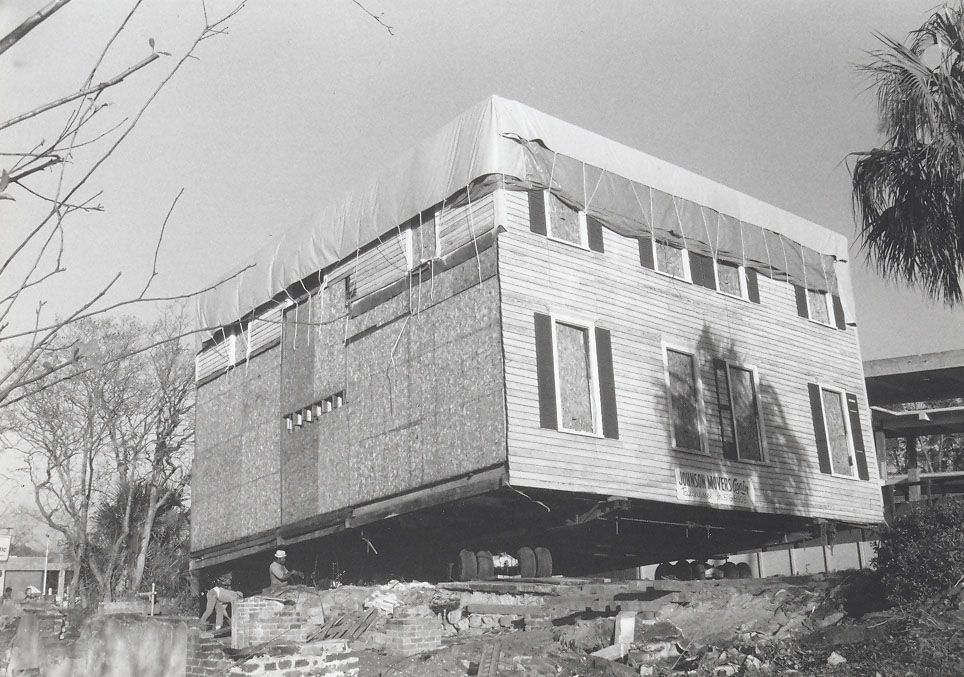 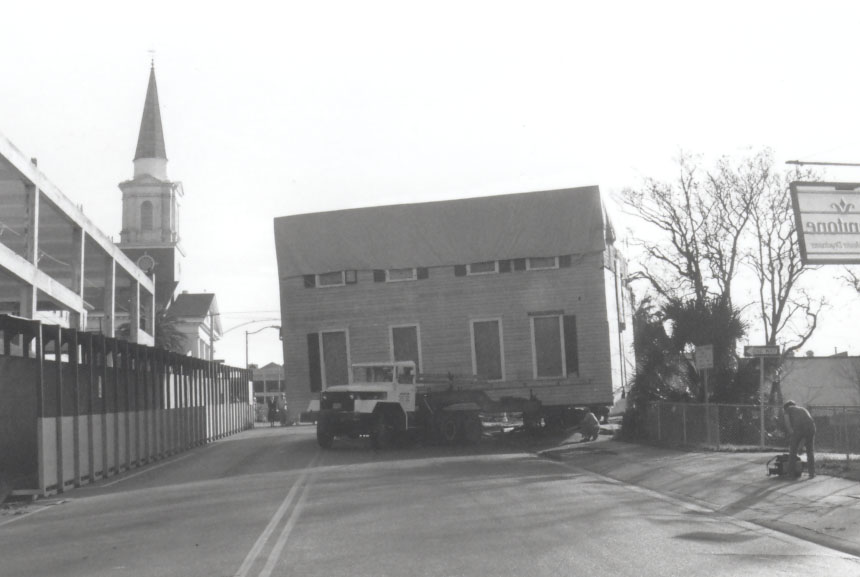 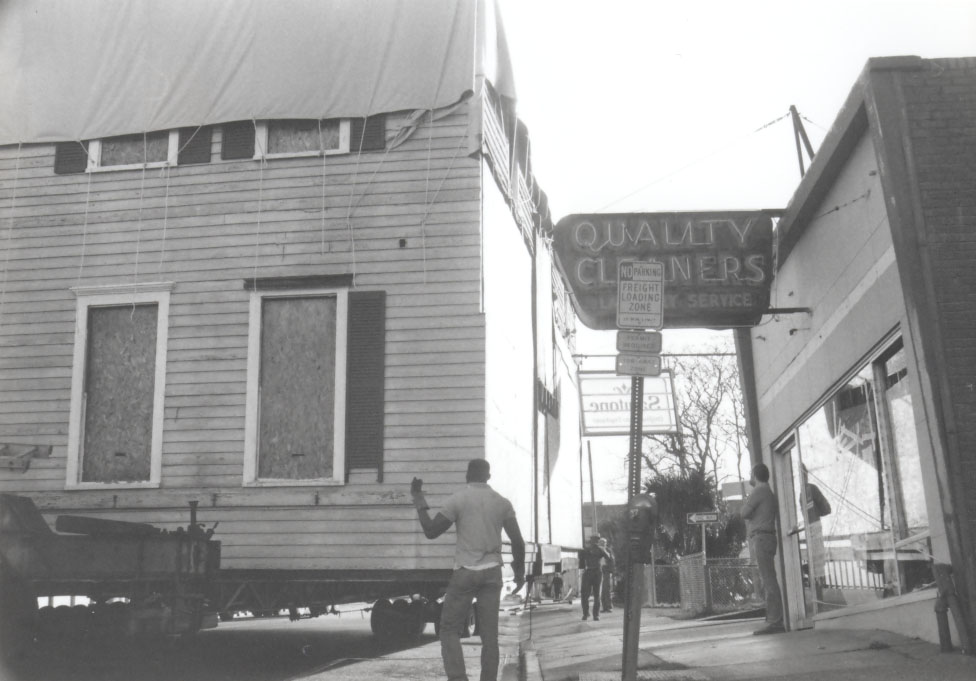 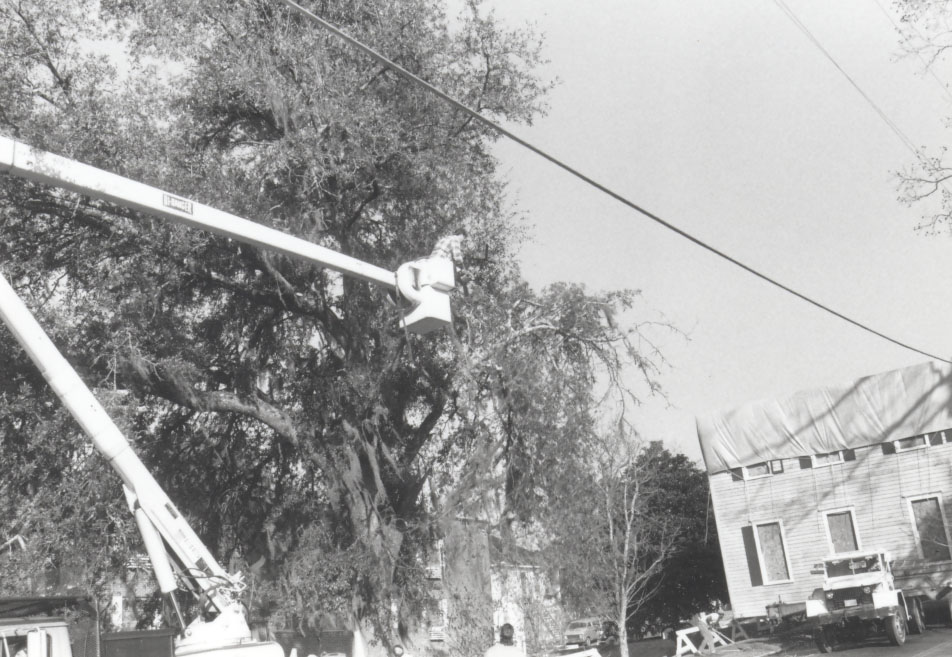 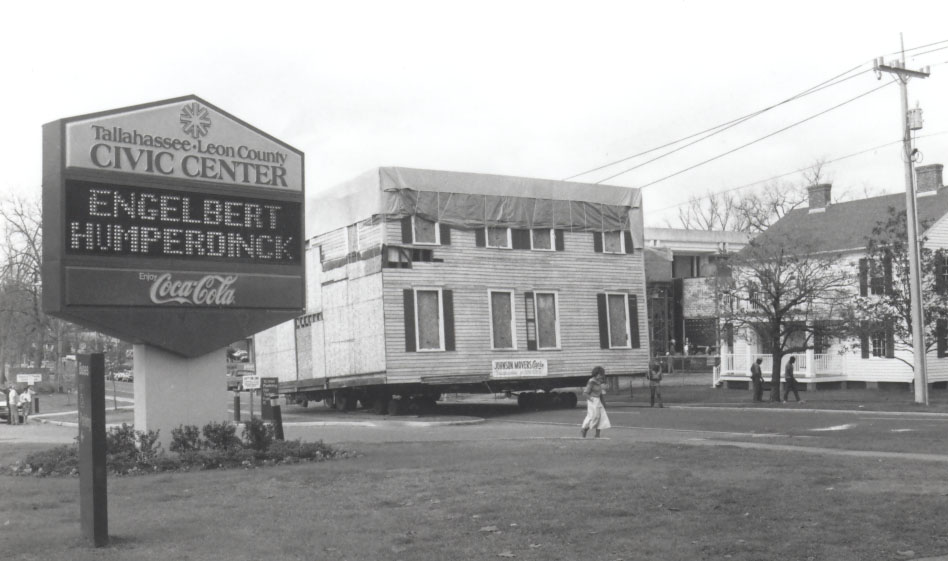 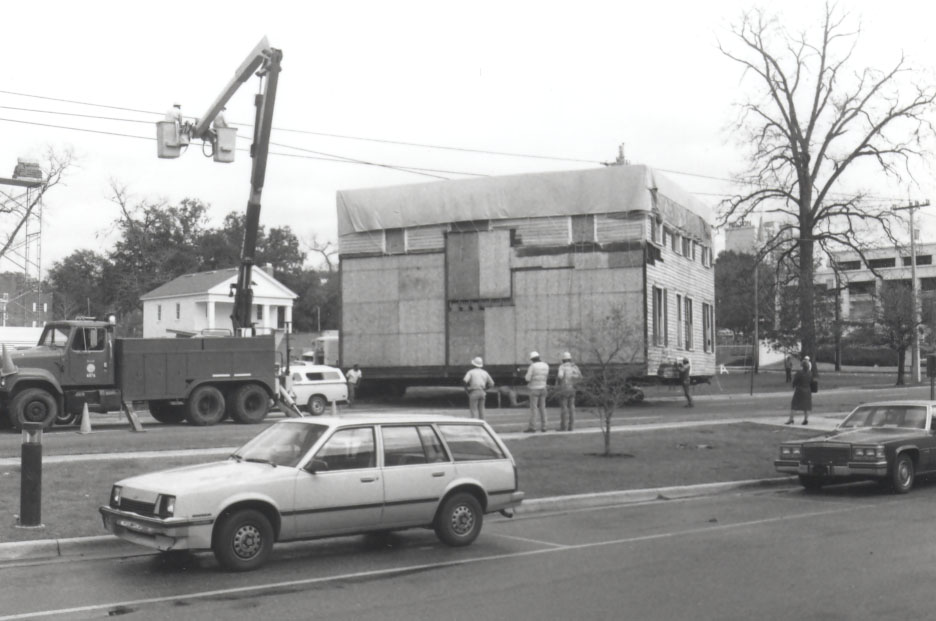 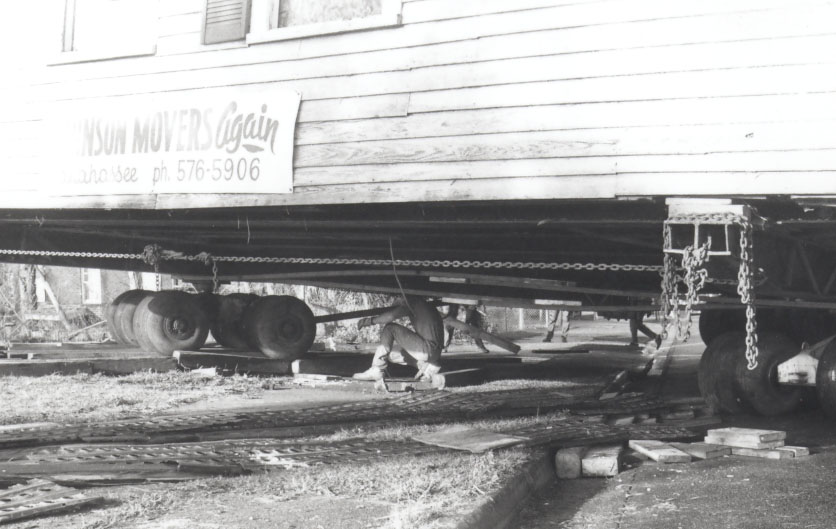 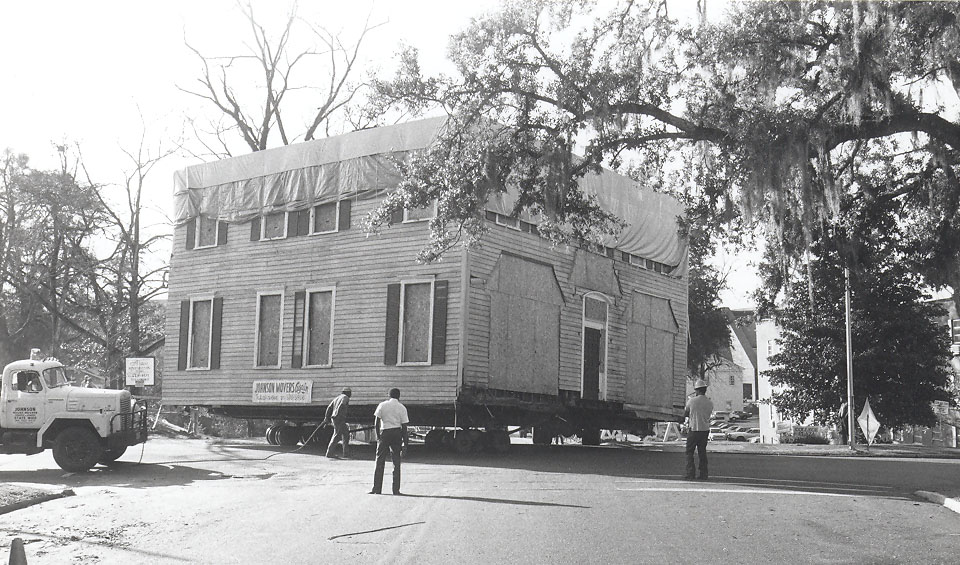 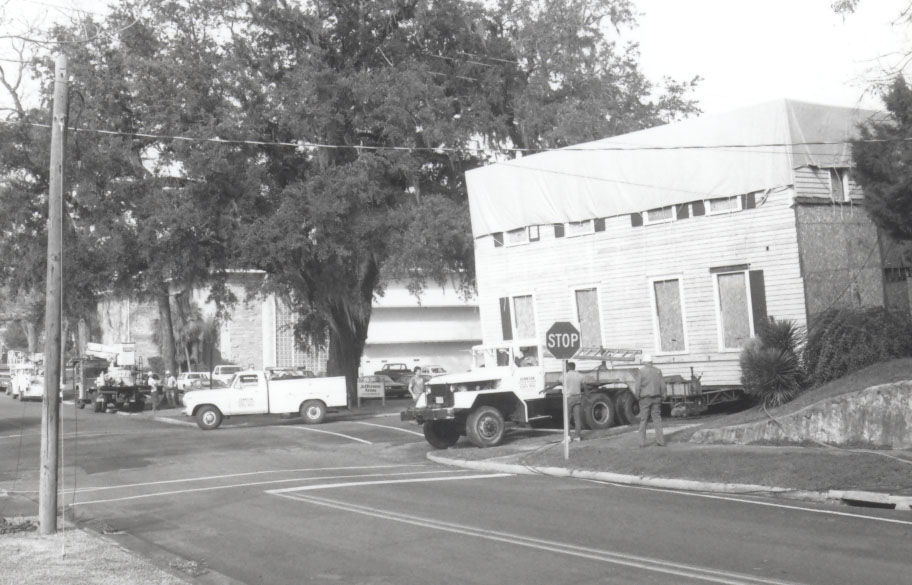 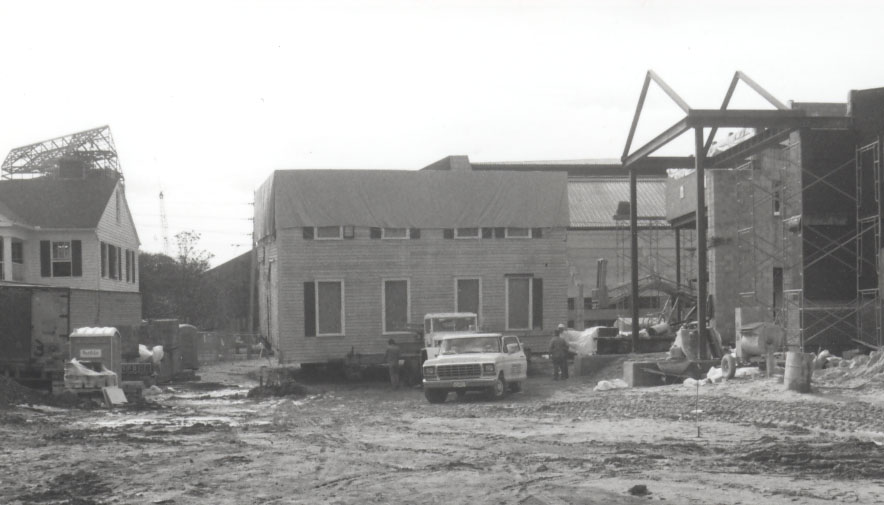 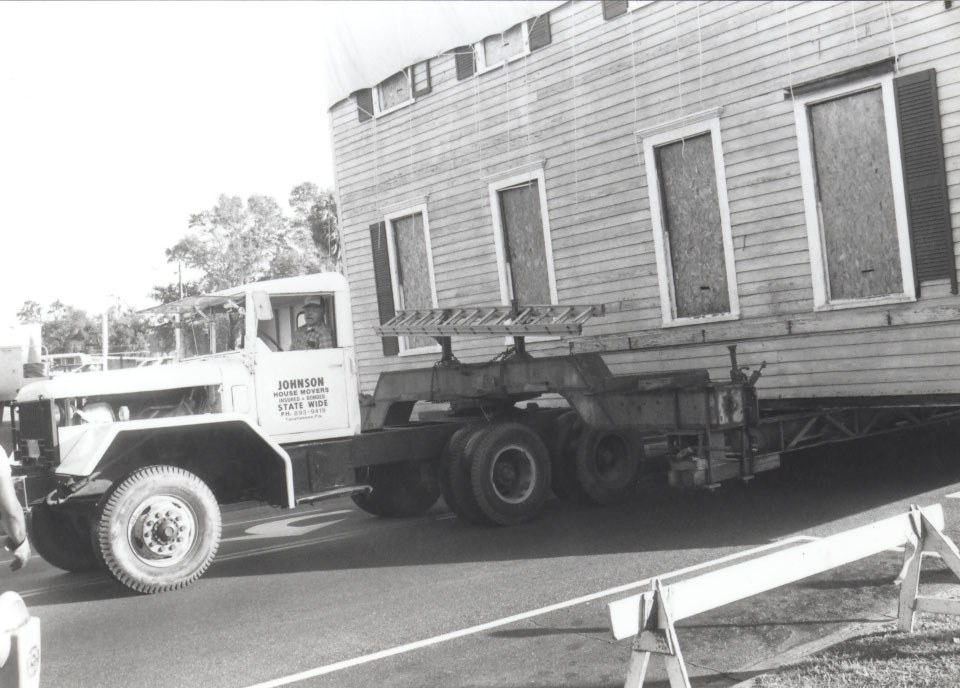 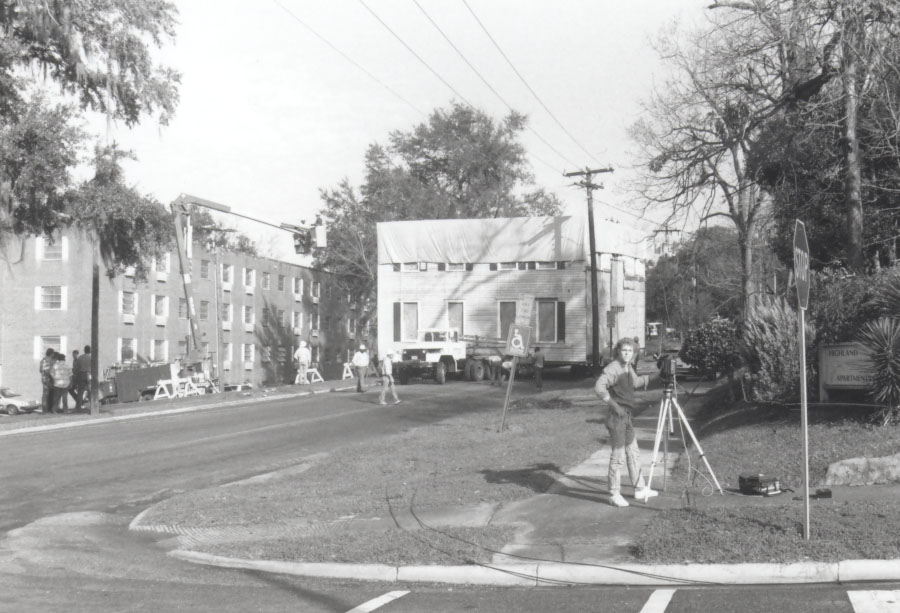 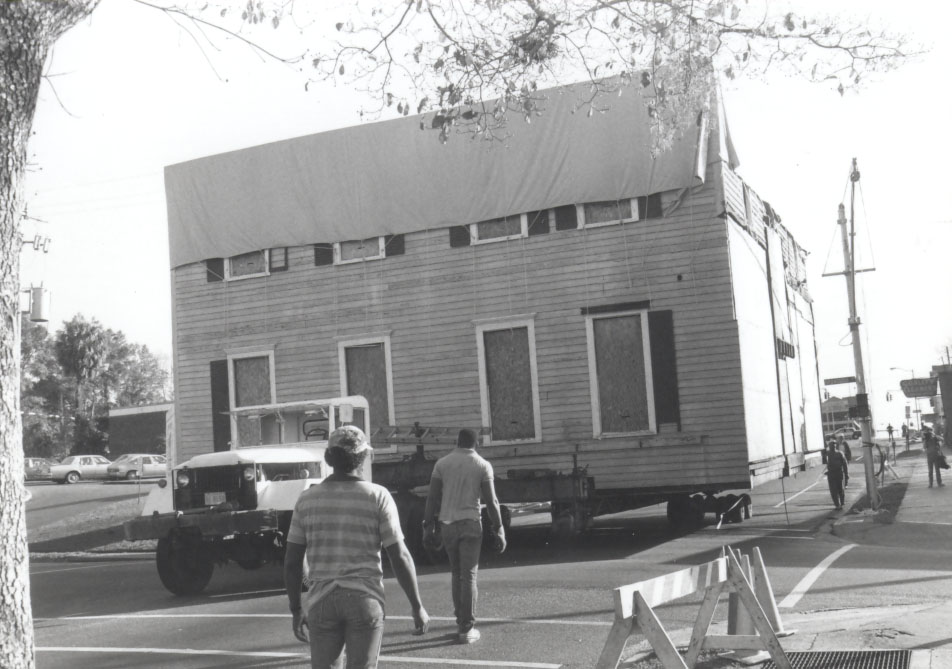 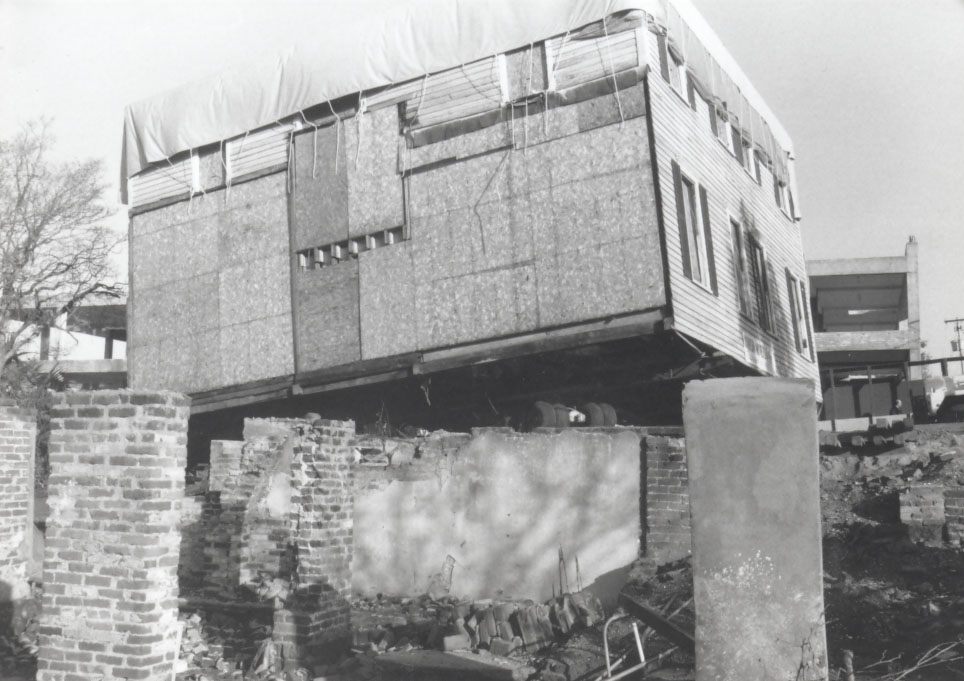 Renovation on the Village Green 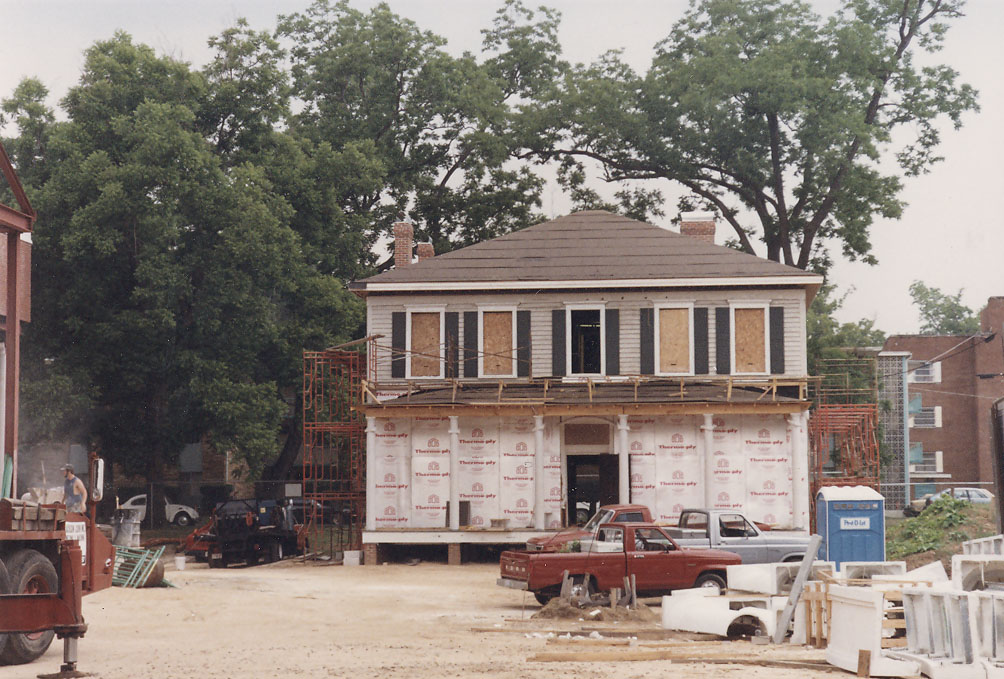 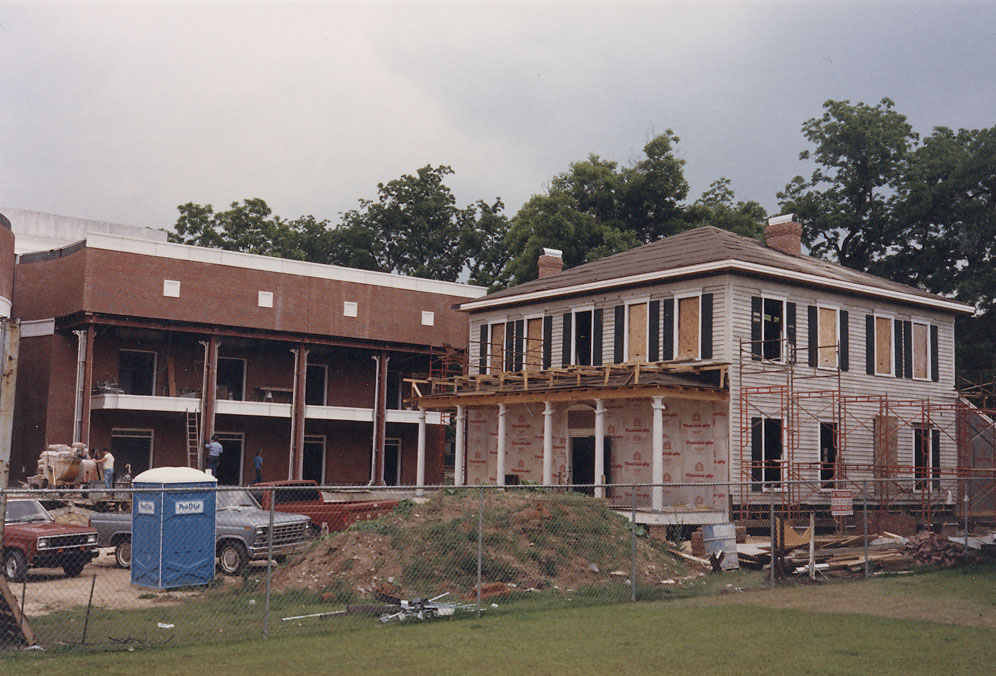 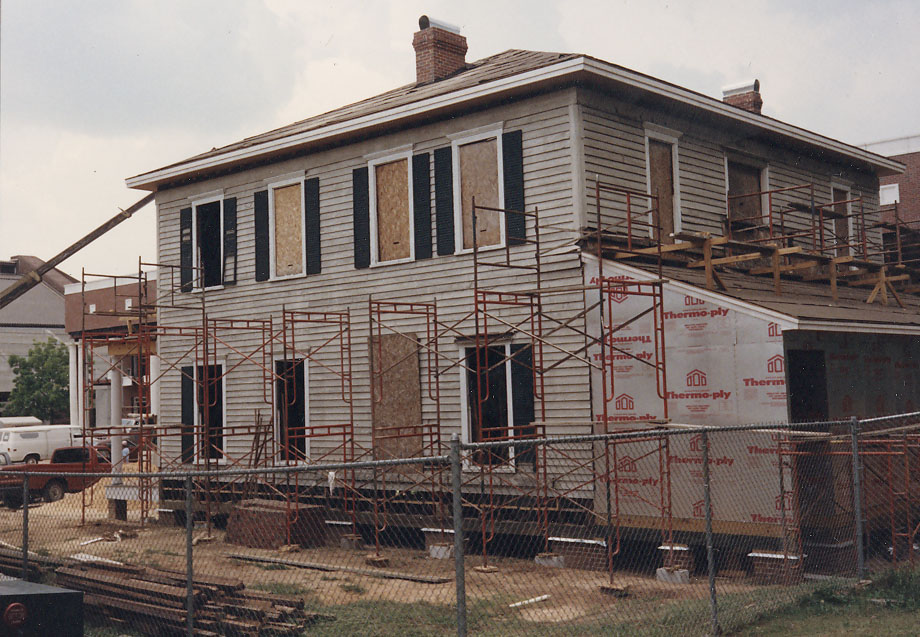 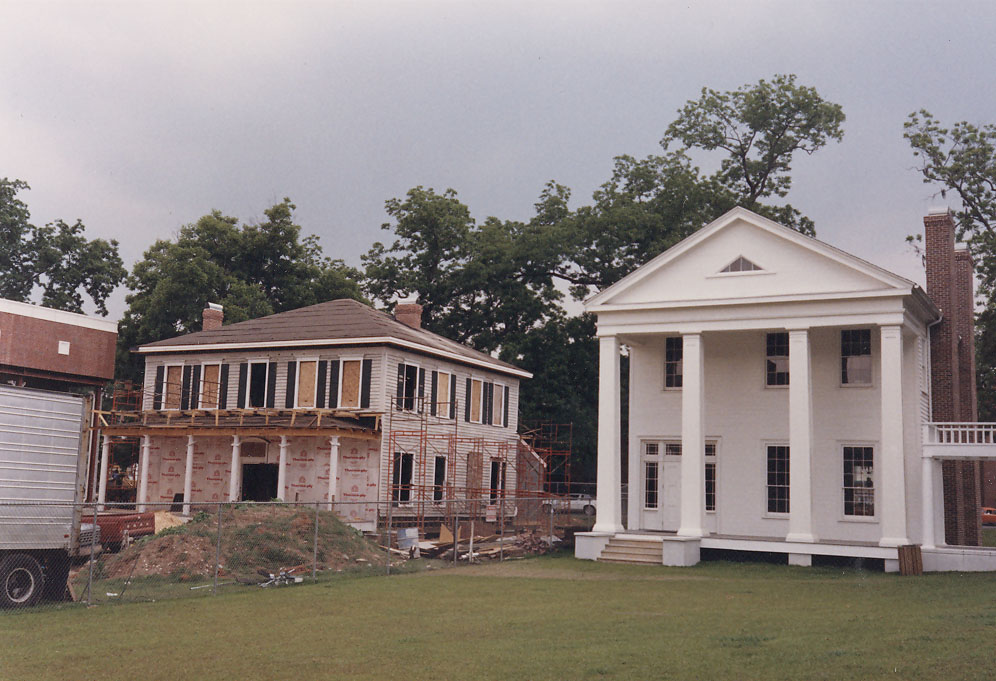 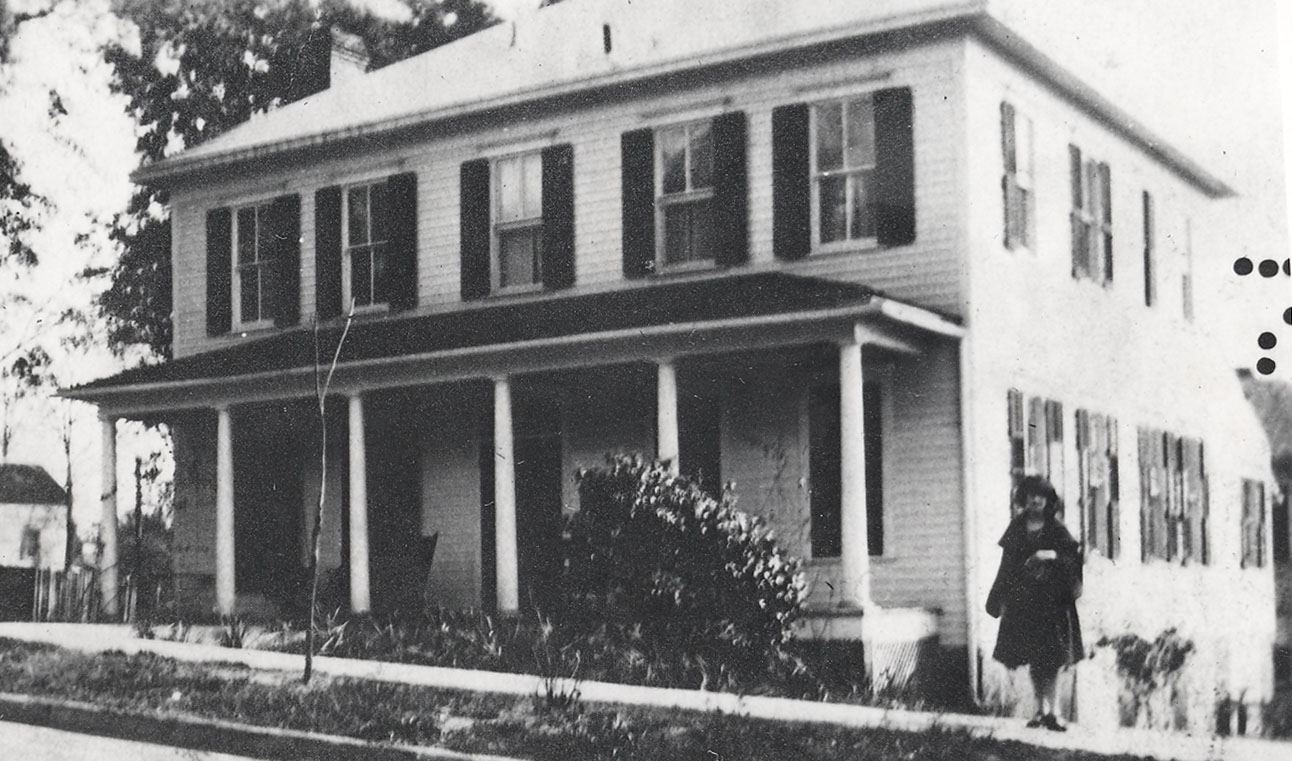 John R. Dorsey built the original structure now known as the Damon House in 1837, on the corner of Duval and Clinton (now College Avenue) streets.  It was sold on Dec. 14, 1838 to William Wilson.  Originally from Vermont, Wilson re-located to the warmer climate of Tallahassee as he was suffering from tubercluosis.  He owned and published the "Floridian and Advocate" from 1829-1837, and printed the "Laws of the Legislative Council of the Territory of Florida." beginning in 1828.  He also owned Tallahassee's bookstore, sold in 1852, and opened Tallahassee's first  public library, a "reading room" in the offices of the Floridian. William Wilson died in 1853.

George L. Damon purchased the Wilson House in 1858 at public auction from the estate of William Wilson.  It was home to George, his wife Sarah, and their ten children.  A second story was added to the home in 1888.  George died in 1890.  In 1892 a fire destroyed much of the house.  It was rebuilt that same year, using the original foundations and basement.  The Damon family and their descendants continued to occupy the house until it was sold in 1921 by Annie Damon to James C. Guerry. Guerry owned a clothing store in the 200 block of North Monroe Street.

The Guerry family lived in the house until it was sold to Vardi Weale in 1964.  Weale transformed the house into a gift shop, "Vardi's" which was a popular location in Tallahasse until it's closing in 1973.  At that time, the house was sold to "Shaw's Furniture Store" across the street, who sold it the following year to the law firm of Lewis & Lewis PA.

Then known as the Damon-Lewis house, the property underwent renovation, and served as a gathering place for Florida legislators and Lobbyists.  In 1986, the Lewis family proposed relocating the house to the Village Green, but it was not possible at the time.

By 1987, the house had been acquired by the City of Tallahassee, and was scheduled for demolition to make way for a proposed hotel and parking garage.  Instead, the Historic Tallahassee Preservation Board and Dean Talbot D'Alemberte convinced the City of Tallahassee to donate the house to the Florida State University College of Law to be restored as part of the Village Green project.  The house was moved to the campus on January 19, 1988 and restored to the 1892 configuration of the house (as it was after the fire).

The Damon House, The Village Green, The Rotunda Building, were all dedicated the same day.  It was Alumni Weekend, so brunches, dinners, a picnic lunch, receptions, meetings, and football were all part of the festivities. 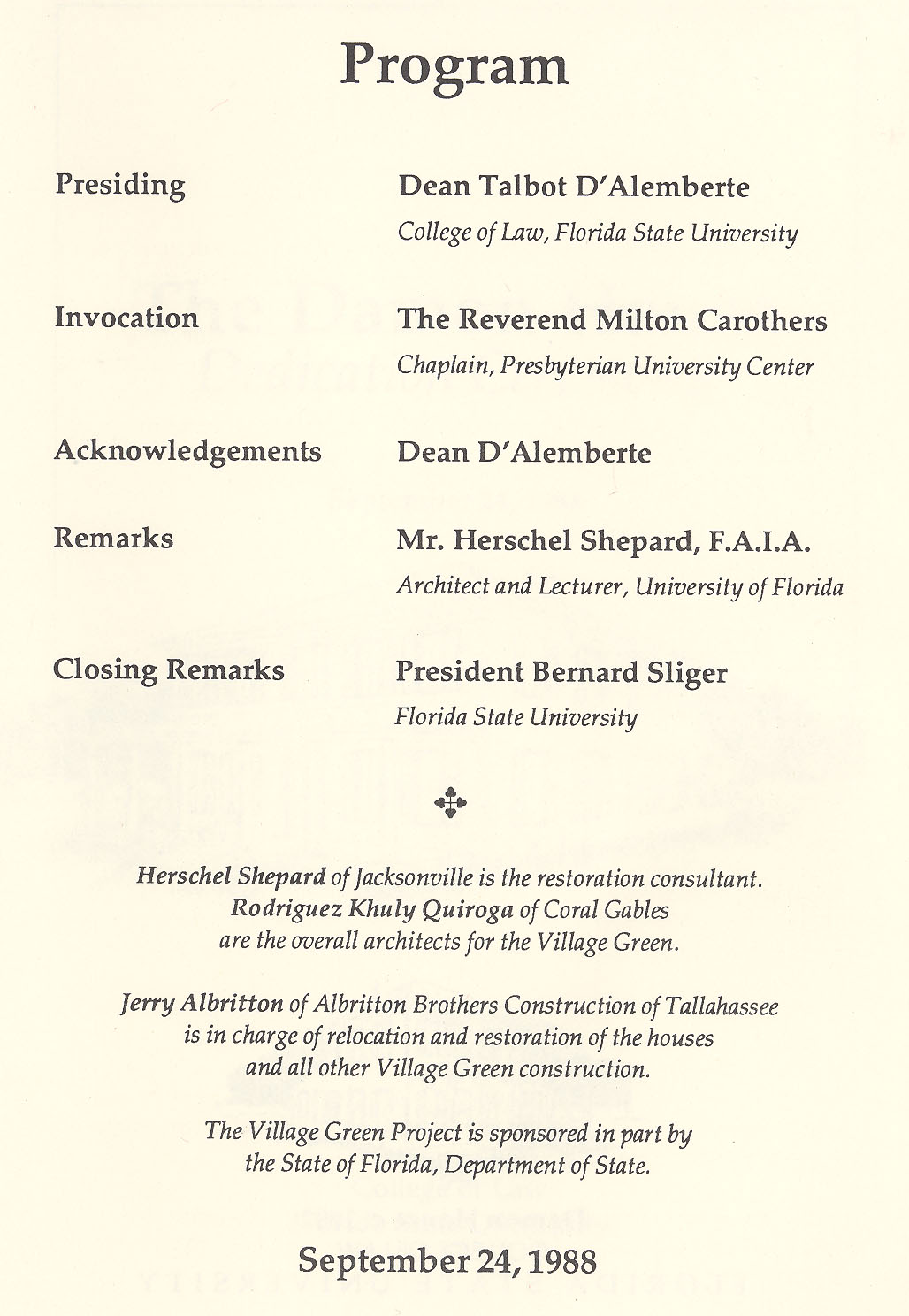