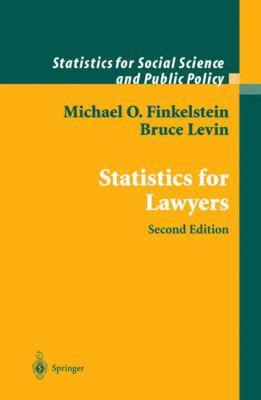 Designed to introduce law students, law teachers, practitioners, and judges to the basic ideas of mathematical probability and statistics as they have been applied in the law, the book consists of sections of exposition followed by real-world cases and case studies in which stastical data have played a role. Readers are asked to apply the theory to the facts, to calculate results (a pocket calculator is sufficient), and to explore legal issues raised by quantitative findings, while the author's own calculations and comments are given in the back of the book. The cases and case studies reflect a broad variety of legal subjects, including antidiscrimination, mass torts, taxation, school finance, identification evidence, preventive detention, handwriting disputes, voting, environmental protection, antitrust, and the death penalty. The first edition has been used in law, statistics, and social science courses, and in 1991 was selected by the University of Michigan Law Review as one of the important law books of the year. This second edition includes many new problems reflecting current developments in the law, including a new chapter on epidemiology. 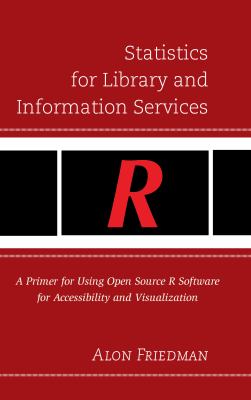 Statistics for Library and Information Services

Statistics for Library and Information Services, written for non-statisticians, provides logical, user-friendly, and step-by-step instructions to make statistics more accessible for students and professionals in the field of Information Science. It emphasizes concepts of statistical theory and data collection methodologies, but also extends to the topics of visualization creation and display, so that the reader will be able to better conduct statistical analysis and communicate his/her findings. The book is tailored for information science students and professionals. It has specific examples of dataset sets, scripts, design modules, data repositories, homework assignments, and a glossary lexicon that matches the field of Information Science. The textbook provides a visual road map that is customized specifically for Information Science instructors, students, and professionals regarding statistics and visualization. Each chapter in the book includes full-color illustrations on how to use R for the statistical model that particular chapter will cover. This book is arranged in 17 chapters, which are organized into five main sections: .the first section introduces research design and data collection; .the second section discusses basic statistical concepts, including descriptive, bivariate, time series, and regression analyses; .section 3 covers the subject of visualization creation using Open Source R; .section 4 covers decision making from the analysis; and .the last section provides examples and references. Every chapter illustrates how to use Open Source R and features two subsections for the major ideas of the chapter: its statistical model and its visual representation. The statistical model captures the main statistical formulas/theories covered in each chapter, while the visual representation addresses the subject of the types of visualization that are produced from the statistical analysis model covered in that particular chapter. The last part of each chapter contains exercises that the student/professional will be able to solve and answer. Each exercise includes fill-in-the-blank and multiple-choice questions. Don t miss the book s companion Web site at www.statisticsforlis.org" 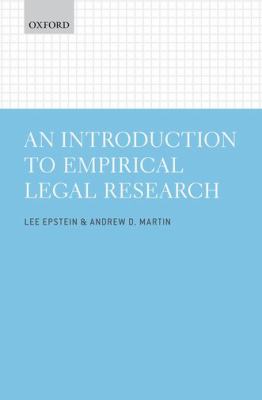 An Introduction to Empirical Legal Research

Is the death penalty a more effective deterrent than lengthy prison sentences? Does a judge's gender influence their decisions? Do independent judiciaries promote economic freedom? Answering such questions requires empirical evidence, and arguments based on empirical research have become aneveryday part of legal practice, scholarship, and teaching. In litigation judges are confronted with empirical evidence in cases ranging from bankruptcy and taxation to criminal law and environmental infringement. In academia researchers are increasingly turning to sophisticated empirical methods toassess and challenge fundamental assumptions about the law.As empirical methods impact on traditional legal scholarship and practice, new forms of education are needed for today's lawyers. All lawyers asked to present or assess empirical arguments need to understand the fundamental principles of social science methodology that underpin sound empiricalresearch. An Introduction to Empirical Legal Research introduces that methodology in a legal context, explaining how empirical analysis can inform legal arguments; how lawyers can set about framing empirical questions, conducting empirical research, analysing data, and presenting or evaluating theresults. The fundamentals of understanding quantitative and qualitative data, statistical models, and the structure of empirical arguments are explained in a way accessible to lawyers with or without formal training in statistics.Written by two of the world's leading experts in empirical legal analysis, drawing on years of experience in training lawyers in empirical methods, An Introduction to Empirical Legal Research will be an invaluable primer for all students, academics, or practising lawyers coming to empirical research- whether they are embarking themselves on an empirical research project, or engaging with empirical arguments in their field of study, research, or practice. 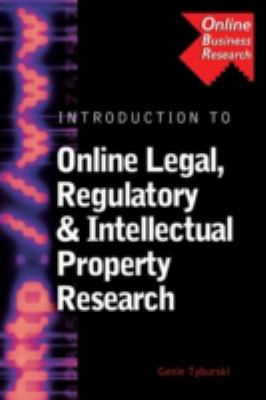 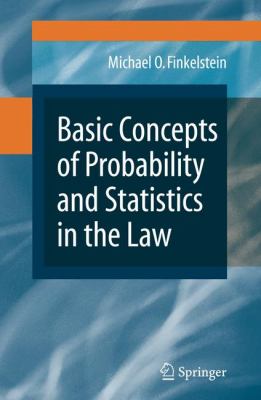 Basic Concepts of Probability and Statistics in the Law

When as a practicing lawyer I published my ?rst article on statistical evidence in 1966, the editors of the Harvard Law Review told me that a mathematical equa- 1 tion had never before appeared in the review. This hardly seems possible - but if they meant a serious mathematical equation, perhaps they were right. Today all that has changed in legal academia. Whole journals are devoted to scienti?c methods in law or empirical studies of legal institutions. Much of this work involves statistics. Columbia Law School, where I teach, has a professor of law and epidemiology and other law schools have similar "law and" professorships. Many offer courses on statistics (I teach one) or, more broadly, on law and social science. The same is true of practice. Where there are data to parse in a litigation, stat- ticians and other experts using statistical tools now frequently testify. And judges must understand them. In 1993, in its landmark Daubert decision, the Supreme Court commanded federal judges to penetrate scienti?c evidence and ?nd it "re- 2 liable" before allowing it in evidence. It is emblematic of the rise of statistics in the law that the evidence at issue in that much-cited case included a series of epidemiological studies. The Supreme Court's new requirement made the Federal Judicial Center's Reference Manual on Scienti?c Evidence, which appeared at about the same time, a best seller. It has several important chapters on statistics. 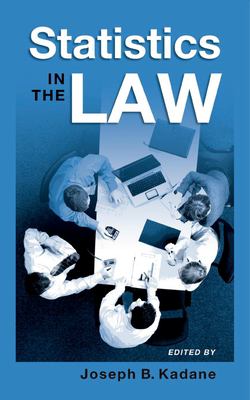 Statistics in the Law

The book will serve primarily as a user's manual or desk reference for the expert witness-lawyer team and secondarily as a textbook or supplemental textbook for upper level undergraduate statistics students. It starts with two articles by masters of the trade, Paul Meier and Franklin Fisher.It then explains the distinction between the Frye and Daughbert standards for expert testimony, and how these standards play out in court. The bulk of the book is concerned with individual cases ranging over a wide variety of topics, such as electronic draw poker (does it require skill to play),employment discrimination (how to tell whether an employer discriminated against older workers in deciding whom to fire), driving while black (did the New Jersey State Police disproportionately stop blacks), jury representativeness (is a jury a representative cross section of the community), jurieshearing death penalty cases (are such juries biased toward a guilty verdict, and does the Supreme Court care), the civil incarceration of violent sexual offenders after having served their jail sentences (can future dangerousness be predicted), do data from multiple choice examinations support anallegation of copying, whether rental agents in an apartment complex steered African-American prospects to one part of the complex, how much tax is owed after an audit that used a random sample, whether an inventor falsified his notebook in an effort to fool the Patent Office, and whether ballotshad been tampered with in an election. The book concludes with two recent English cases, one in which a woman was accused of murdering her infant sons because both died of \cot death" or \sudden death syndrome," (she was convicted, but later exonerated), and how Bayesian analyses can (or moreprecisely), cannot be presented in UK courts. In each study, the statistical analysis is shaped to address the relevant legal questions, and draws on whatever methods in statistics might shed light on those questions. 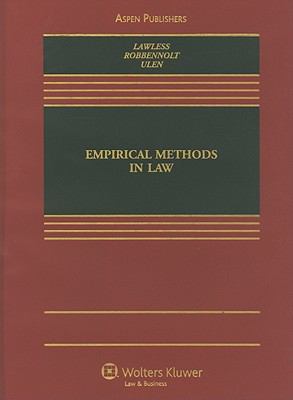 Today's legal profession demands that lawyers understand and engage in dialogue about basic empirical research techniques. Empirical Methods in Law teaches law students to recognize when empirical research needs to be applied in legal practice. It provides the vocabulary with which to communicate with scientific experts, and an awareness of the type of questions to ask about empirical findings. Hailing from diverse backgrounds, authors Lawless, Robbennolt, and Ulen bring practical experience and insight to this accessible research methods text that features: - A consistent focus on basic principles and concepts, explained in an intuitive style requiring no prerequisite knowledge of math or statistics; - Clear explanations geared to students new to empirical techniques; - Optional problem sets and footnotes that will challenge more experienced students who are eager to explore specific topics in depth; - Generous use of examples that show how empirical techniques are applied in a range of substantive areas; - Coverage of different stages of empirical research, from formulating research questions and testable hypotheses, to data collection, sampling, coding, statistical analysis, and presenting data; - Discussion of the connections among the different stages of empirical research; - Sidebars with in-depth views of particular topics that provide flexible options for teaching; - Learning-by-doing exercises at the end of each chapter. Combining expertise and an exceptionally student-friendly approach, Empirical Methods in Law is suited for a stand-alone course on empirical methods in law or as a supplement for a course or seminar that includes an empirical component. 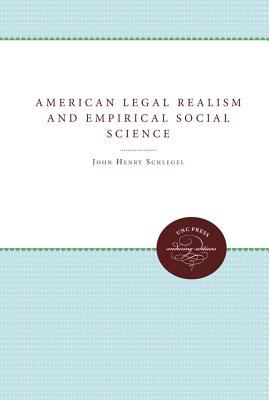 John Henry Schlegel recovers a largely ignored aspect of American Legal Realism, a movement in legal thought in the 1920s and 1930s that sought to bring the modern notion of empirical science into the study and teaching of law. In this book, he explores individual Realist scholars' efforts to challenge the received notion that the study of law was primarily a matter of learning rules and how to manipulate them. He argues that empirical research was integral to Legal Realism, and he explores why this kind of research did not, finally, become a part of American law school curricula. Schlegel reviews the work of several prominent Realists but concentrates on the writings of Walter Wheeler Cook, Underhill Moore, and Charles E. Clark. He reveals how their interest in empirical research was a product of their personal and professional circumstances and demonstrates the influence of John Dewey's ideas on the expression of that interest. According to Schlegel, competing understandings of the role of empirical inquiry contributed to the slow decline of this kind of research by professors of law. Originally published in 1995. A UNC Press Enduring Edition -- UNC Press Enduring Editions use the latest in digital technology to make available again books from our distinguished backlist that were previously out of print. These editions are published unaltered from the original, and are presented in affordable paperback formats, bringing readers both historical and cultural value.