Start with the World Treaty Library below to locate any treaty around the world.

According to the Vienna Convention on the Law of Treaties a treaty is "an international agreement concluded between States in written form and governed by international law...whatever its particular designation."  A treaty can be referred to as a convention, protocol, agreement, pact, accord, covenant, statute, act, memorandum of understanding. Whatever term is used for an international agreement, it does not affect its legal status. A treaty can be bilateral (between two parties) or multilateral (among several parties). 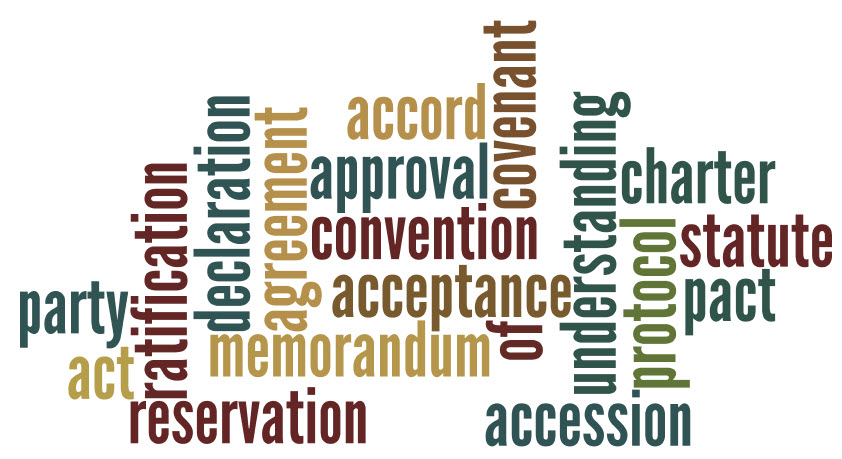